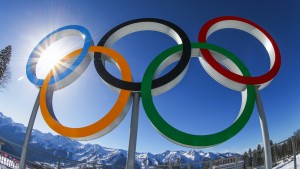 SOCHI, RUSSIA – FEBRUARY 04: A general view of the Olympic rings during training ahead of the Sochi 2014 Winter Olympics at the Laura Cross-Country Ski and Biathlon Center on February 4, 2014 in Sochi, Russia. (Photo by Al Bello/Getty Images)

The keys to winning a gold medal in the Olympics starts with hard work and dedicated athletes. With the 2016 Olympics coming up, many individuals are rooting for their favorite athletes to win the gold. In the 2012 Olympic games, the UK won a record of 65 medals across the different divisions, with 29 gold medals throughout the competition. Experts say it is feasible to increase that number this year. However, to see the keys to winning the gold again this year, competitors may want to focus on the successes of the athletes in the last Olympic Games as well.

In the last Olympic games, Anthony Joshua and Luke Campbell were responsible for winning the gold in men’s super-heavyweight and men’s bantamweight boxing, respectively. Joshua’s win was due to a tie that resulted in a countback, but Campbell’s win was a close competition, making him the first Briton to win in his category. The key to a gold medal in either category is with adequate muscle training and practice, exposing the competitor to a variety of styles to prepare for whatever the opposing country’s representative tackles. This year’s boxers are ranked among the top five in the world, making it likely they will once again earn a gold medal.

In the last Olympic games, the UK took home 8 gold, 2 silver, and 2 bronze medals, with one of those gold medals going to Sir Chris Hoy. Sir Chris Hoy’s success and gold medal win for cycling was more than just a gold medal achievement. His win earned him his sixth gold medal, making him the most decorated British competitor of all time. The win was largely due the high personal standards of the team and competitors, which may be difficult to recreate unless the same level of commitment remains.

In the most recent Olympic games, the UK team took home three gold medals, which is predominantly due to the high-quality team established at that time. To maintain the same level of success, it may be difficult for the UK team to achieve, since the last games exceeded the expectations of the competitors themselves. Many other teams are pushing themselves to exceed the scores, which would make it difficult to take home the gold again.

Winning at the Rio 2016 Olympics

By using previous wins from the London 2012 Olympics, the current Olympic team can focus on any weaknesses from the years past, making effort to avoid them for this game. The key to success is hard work, and that will be the only way the UK, or any other country, will successfully win gold, silver, or bronze medals. With several months left in the year, the teams should spend each available moment training for the exciting accolades of a gold medal.

What Should Your Dating Site Profile Say About You? 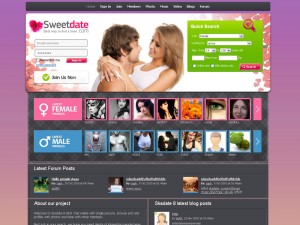 Once you have decided to try out a dating site, the first step you need to take is to create your profile. Your profile and picture are the first two things a woman online will see, so you want to make a good first impression. By applying a few tips, you increase your chances at having a successful dating experience online.

Negativity is not an attractive feature, but it is one trait that is overlooked when men put together their articles. Rather than listing characteristics you don’t want, or telling women what you aren’t looking for, focus on what you want. By being positive, you show woman that you embody the personality that you seek in a mate, which is much more well-received than a list of traits that disqualify readers.

Who You Want to Meet

To find the right girl, you need to express what kind of girl you want. Try to avoid listing specific characteristics and physical features, which can discourage a woman who doesn’t not meet your laundry list of criteria. Focus on the character and values you seek to be important to the woman you want to date. Your description should not sound superficial or picky, but you should be honest. Rather than stating that you prefer a slender figure, say that you want someone with an active lifestyle. These careful wordings can make the difference as you look for a date.

Your Desired Level of Commitment

Most women want to know what kind of relationship you want in the future, giving them an idea if you are in it for the long haul, or if you want to enjoy something casual. Showing interested women your true intentions increases the chance of finding a woman who also wants that type of relationship. Men who are into casual dating should express that in their profile, helping to attract women who aren’t ready for a serious commitment, but they don’t want to be alone. This upfront approach maximizes your chances of finding what you really want.

The most important characteristic in a successful dating profile is authenticity. No matter who you try to date or begin a relationship with, you need to be open and honest about what you want and who you are. If you hide your real intentions and personality, you set yourself up for failure, preventing you from being able to find the right woman for your life. Even if you just want to enjoy a casual date with a beautiful woman from time to time, exposing the real you online will save you a lot of grief. In the end, it will help you find someone who suits your lifestyle.